Review: Earth Boy - "My Sword Was My Devotion"

Earth Boy - My Sword Was My Devotion
(2017 Self-Released)

Earth Boy shares a name with one of the standout tracks on DIIV's debut LP, Oshin, only it bears a space dividing Zachary Cole Smith's original titular portmanteau. Though the two projects share a penchant for staccato guitar riffs and exorbitant amounts of reverb, it's that all-too-important space between "Earth" and "Boy" that separates their sounds. Despite watery mixing techniques and sleeptalk vocals, DIIV's songcraft stands firmly entrenched in post-punk grime, stomping divots into loamy bass as it charges forth in a permanent beeline towards nowhere in particular. It strives for kinetic beauty, inherently present in motion, dissolving as quickly as the band stops to catch its breath. DIIV's boy and its earth are in constant contact, even if they're not aware of each other.

Earth Boy's relation to the planet is more peripheral -- the Washingtonian singer-songwriter floats in the exosphere, surveying the terrain below and doing his best to translate the blurred topography to sound. Guitars, keyboards, and creaky drum machine loops each occupy their own niche in the space between artist and globe, orbiting loose rhythms like a ramshackle solar system. The best tracks on his latest EP, My Sword Was My Devotion, accentuate that disjointed atmosphere, eschewing lo-fi genre conventions to create chilly soundscapes that feel like cold fall days. "I'm Sorry I Misunderstood" sounds like a late-90s Aphex Twin track covered on toy instruments: sampled snare breaks scramble into position while sleepy keyboard chords rise from their sleep, stretch, and yawn across multiple bars, woken up by churchbells in the distance.

"Untitled" acts like an extended bridge in the center of a larger, unheard song: it gives the listener a peek at scrapped grandiosity while sticking to the cozy smallness that makes My Sword so charming. Here, a sluggish guitar refrain navigates undulating waves of bedroom pop fuzz, proceeding slowly on a limp. It's tempting to make comparisons to Pavement, but I'm most reminded of Yuck -- especially their brief period fronted by Daniel Blumberg. Earth Boy's falsetto sounds like a faraway cry for help and a whisper in your ear at the same time, and the lyrics are just as emotionally ambiguous: "I don't want to go out / I want to stay inside my house / without you I don't know if I'll be alright".

Maybe it's even possible to make comparisons to Earl Sweatshirt's last LP. Both Earth Boy and Sweatshirt revel in their hermetical lifestyles, nestled in a protective layer of tape hiss. And both keep their songs brief, frugal with the syllables and heavy on emotion. My Sword clocks in at just 6 minutes, but it doesn't skimp on the impact. It's an innovative effort that's texturally brittle but packs a punch.
Author: Unknown

Dent May - Across the Multiverse
(2017 Carpark)


It's been 4 years since I caught Dent May's set at the now-defunct Boomslang festival, hosted by the University of Kentucky's campus radio station WRFL. I'd only recognized the singer-songwriter's name from the back catalogue of Animal Collective's (also extinct) record label, Paw Tracks, but I trusted the judgement of the imprint's founders enough to give the guy a shot.

The eighty-or-so attendees and I -- heads still swimming in residual reverb from performances by Fielded and Idiot Glee -- spilled out onto the balding lawn of Al's Bar in time to see May, dressed in a floral button-down and John Lennon shades, wander onto the stage flanked by his three-piece backing band. The music that followed them seemed to flow from some hidden source behind the platform: impossibly complex and otherworldly. Aqueous keys trickled through a funk-rock sieve as the frontman paced the stage like an active sleepwalker, climbing to the top of stacked amps as he waxed Brian Wilson about rent money and party dresses. The spirit of chillwave, ready to ascend into the subgenre afterlife, was housed in that lawn -- it was a sermon of the mount, the mount in question taking the form of a pillar of amplification equipment. Unsuspecting passersby broke out into dance. I'm not the biggest live music fan, but I can say with certainty that what I experienced was just a hair short of magical -- I still think about it to this day.

And as soon as the presence was with us, it was gone. All that was left was the humidity on the back of my neck. That, and the copy of his then-latest LP, Warm Blanket, which I snagged from CD Central before heading home. It had its transcendent hooks and its haunting Beach Boys melodies -- it worked its way into car-trip rotation and became one of my favorite records of the year 1. It still never quite lived up to what I took in that summer Saturday though. Warm Blanket lived up to its title, not to the tropical climate he brought with him to the stage.

Evident in the design of his new album's sleeve, which happens to be the work of Boomslang poster painter and Kesha cover artist Robert Beatty, May's attempting to recapture the palm tree sway of his live sound, or at least to hearken back to the hardbound surfaces of Choose Your Own Adventure gamebooks. 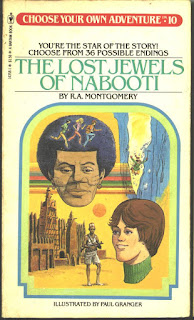 
Across the Multiverse at times comes close to doing so: it's a mixed bag of decent, yet too-familiar tunecraft and some very high points. The record's title track, a collaboration with Frankie Cosmos(!), is its loftiest offering. The pair distantly mutter their lines into italo-funk arrangements, pausing to let strings and horns rattle off a few dreamy phrases. The song's squelchy little synth solo taken into consideration, it's the sort of track that'd sit nicely in a Katamari OST: upbeat, esoteric, and twee.

"Take Me To Heaven" is pretty tight, too. With its stuttering piano chords and falsetto vocals, I can't help but think that it's an attempt at writing an Elton John song with gratuitous synthesizer slathered on top. Weird stuff, but it works.

Though I respect that it samples the screech of a dial-up modem, I can't really get into "Picture on a Screen": the concepts of transhuman love and uncanny valley are starting to feel played-out, especially when Wild Nothing's done it better in a similar style on "TV Girl". May feels more at home stretched across the heavens of the physical realm, looking at the breadth of the Earth from above on "I'm Gonna Live Forever Until I'm Dead" or declaring love for celestial spheres on "Distance to the Moon".

May's lyrically always reaching for a cosmic largeness that's always beyond his reach, just like I feel looking back on the improbable beauty of the 2013 setlist. Until time-travel or interplanetary transport are feasible, this record will do for each of us. It's pretty and idealistic -- simple and wide-eyed -- lovely and worth your time.

Though it lacks vocals and traditional song structures, it could be argued that Kei Toriki's 2016 Childhood Memories EP contains atmospheric/idealistic cues comparable to Dent May's. Simulating wonky math-rock rhythms with sampled drumbreaks, the guitarist plucks his way to cinematic heights, aided by wails of chiptune synth. Smash all these elements together, and you've got the hyper-melodicism of Anamanaguchi married to Explosions in the Sky's somber tunefulness. Childhood Memories hustles its way to stone-faced nostalgia, tossing in some headbop-inducing percussion and catchy riffs along the way.

Texturally, intro track "Blue" is my favorite offering here. It leans more Toriki's post-rock tendencies than his affinity for ambient IDM, delicately weaving electric leads into looped, glistening chords. "Muqaevi_Oqulivi" takes the top spot overall, though. It's laced together with staccato jazz solo and filled out by some suprisingly tasteful future-bass backing.

On the B-side, Umio's remix of title track "Childhood Memories" is a memorable showing. A high-school music classroom's worth of backing adds timbral depth to Toriki's work: a metronome and xylophone lead seamlessly into a farty hardcore drum-and-bass groove before the composition comes up for air. Piano enters the fray, then bassy swells of brass, and, finally, some strings and the aforementioned malletted percussion.

Though the remixes make for fun playlist-fodder, the meat of the EP is a legitimately cool conceptual experience taken as a whole. It's great stuff to listen to while playing video games, if you're the type of person that prefers to provide their own soundtrack to a title. Download here.