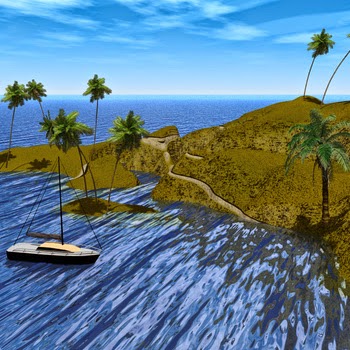 r a v i, the sophomore effort of Los Angeles' Falatek, is perhaps the best American answer to the sort of vaporous, heavily autotuned pop exported most notably by Swedish cloud rap artists like Bladee, Thaiboy Digital and Yung Lean. If you're familiar with the music associated with the "Sadboys" and "Gravity Boys" cliques, you'll have a good idea of what to expect from Falatek: narcotic instrumentals that take influence from the surrealist, new age aesthetic of vaporwave, paired with a laid-back vocal delivery digitally effected to the point where it almost resembles the artificial speech of Japanese vocaloids. His sound blurs the line between hip-hop and R+B; many of the songs on r a v i would feel right at home alongside "Furthest Thing" and "Own It" on Drake's Nothing Was the Same. The crystalline production that permeates the album only enhances Falatek's ability to keep his listeners isolated in a bubble of sleepy, postmodern vibes.

r a v i puts its best foot forward with "late night", produced by Lexington, Kentucky's Manitee✌. It opens with aquatic pulses of electric piano that slowly help lower the listener into the album's serene atmosphere, as beautifully dark and desolate as the depths of the ocean, making for a jarringly intimate that forces the listener into a reverb-induced trance. Following it is "tears", a joke track of sorts that features 11-year-old rapper Lil Shark, who recently cashed in his 15 minutes of fame thanks to an online feud with SpaceGhostPurrp. Though Shark's look at rap culture through a 5th grader's eyes is pretty hilarious, it's kind of sad that it overshadows the stunning beat it accompanies, a shoegazey slow jam crafted by my current favorite producer, Cosmastly. "Robot City" is another standout track, including Falatek's tightest vocal performance to date as well as a infectious hook sung by Marblegarden. With an all-star lineup of American cloud rap artists, r a v i is a bedroom pop triumph with mass appeal, a "slo-fi" take on modern pop that stands tall next to its influences. 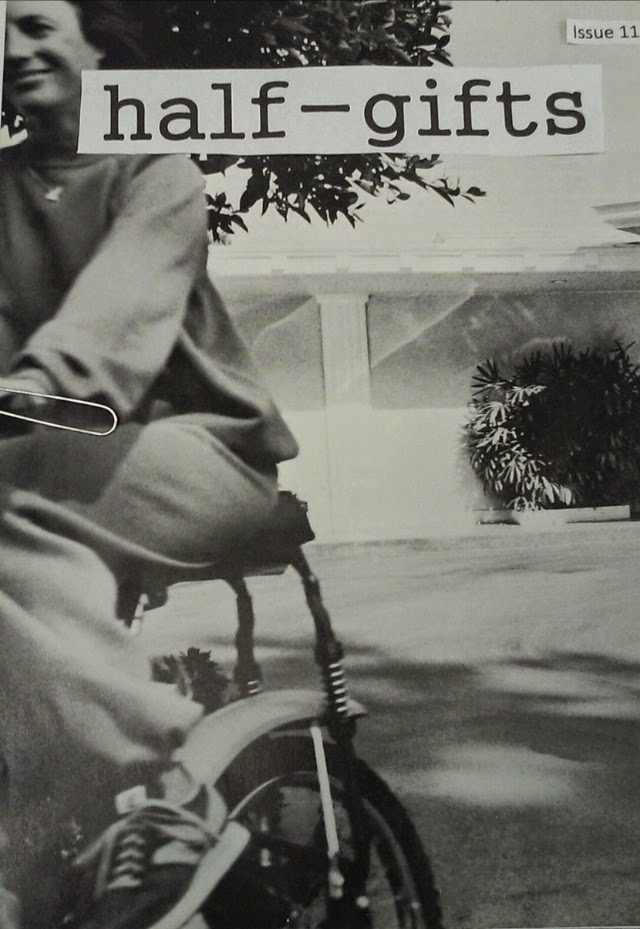 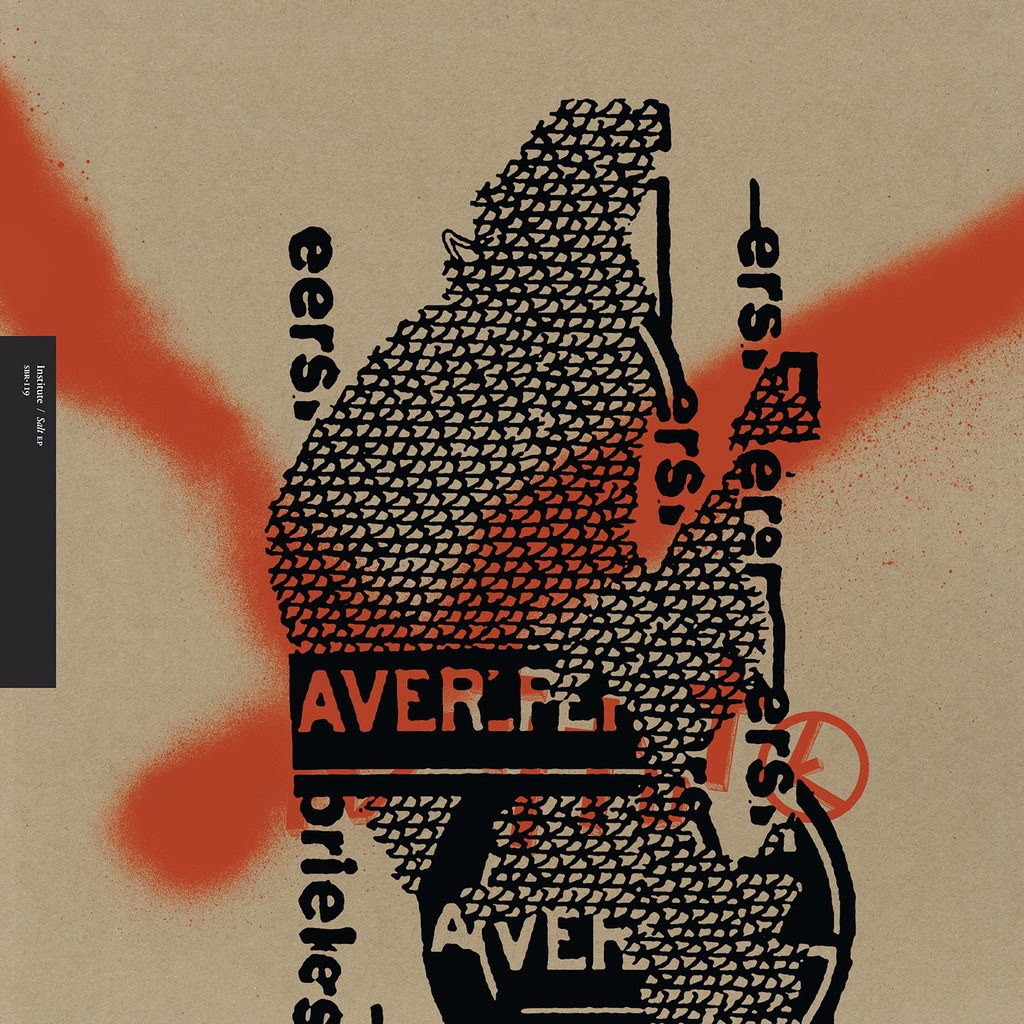 Though recent months have seen the New York label wading into safer sonic territories, New York-based post-punk purveyors Sacred Bones seem to be on the return to their former innovative stride. The close of 2014 promises new efforts by power electronics outfit Pharmakon and Sean Ragon's aggressive neofolk outfit Cult of Youth. Perhaps the best new addition to the label's illustrious discography is Salt, the first ever EP release by Texan art-punk unit Institute. Rooted in hardcore and tinged with gothic gloom, the band's dark punk energy recalls Skeletal Family and Soft Kill. The record's title cut is a gorgeously sour blend of chunky bass and tinny lead guitar. Moses Brown barks his vocals indecipherably, not unlike Teenage Panzerkorp's Bunker Wolf, adding to the track's droning potency. "Familiar Intensity" is another gem, its spooky melody carried by twin lead guitars. Listen to "Salt" below. 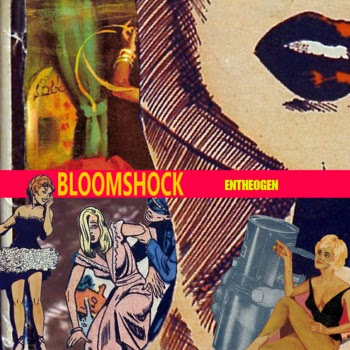 Since late 2013, New Jersey based one-man-band Bloomshock has published a staggering total of 52 releases, ten of them full-length albums. Out of all current acts emulating the shambolic sound of early 90’s DIY, Bloomshock’s impression is easily the most accurate, employing a blunt, fuzzy guitar tone and an appreciation for early rock ‘n roll riffage to drive his prolific output. Entheogen is the best of his recent output of singles, its title track a twangy, infectious tune that recalls the dulcet pop energy of early twee. Imagine some c86 shimmer blended into Sebadoh's lo-fi snarl. It’s accompanied by two b-sides: a surfy instrumental jam that channels Dinosaur Jr’s “The Lung” and a cover of barlow*’s fuzz-gaze hit “In The Air”. Check it out below. 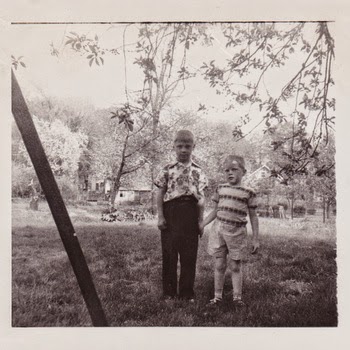 Ben Klawans' prolific output under the pseudonym Mormon Toasterhead has been marked by nothing if not its atomospheric minimalism. His lyrics are vague and surrealist, often unsettling against sparse instrumentation, suspended in reverb like canned fruit in its own syrup. Unlike a lot of lo-fi music being released these days, it's not so much nostalgic as it is introspective. Klawans' music puts me in a droney, meditative state that feels transcendent and often spooky. It would only make sense to me that he'd dabble in ambient music. Monument / Memory is the second Toasterhead tape release to be composed entirely of instrumentals, and it's perhaps his most engaging work to date.

"Happy day...happy day...happy day, sweet...heart" drones the sampled voice that opens Memory, the first of the two cassettes that make up this double album. It rests in the "uncanny valley" between sounding either sounding robotic or human, reminding me of the sort of voice that might narrate the  Sesame Street books on tape I listened to growing up, cheerful, soothing, but ultimately lifeless. It's accompanied by pentatonic, harp-like keyboard, wrapped in a misty drone, squeaky like a kettle that has come to boil. Much of the music on this half of the release is fragile and charming, with the tinny beauty of a music box's chime, or the score to a Pokemon title released on Game Boy Advance. A few weightier exceptions do exist, though. "White Rose" is a swirling piece of textureless ambience, watery synth pulses that could soundtrack the jellyfish room of an aquarium.

Monument opens in a more somber state with "Summer Rainstorm and I Lost My Toy Soldier". It's a bleak piece for solo piano, which sort of reminds me of the piano score that capped of the series finale Hey Arnold!. It's sad, chilling, and simple, fulfilling the Rok Lok Records formula perfectly. As I've stated many times before, Rok Lok does an impeccable job of keeping a uniform aesthetic throughout their release catalog, and Memory / Monument fits right in among ambient masterpieces like the Stars are Insane/Monogamy split or Love Letter's Gentle Memories. Also, the double album's packaging is beautiful, especially Monument's side, mimicking a retro wallpaper pattern. Mormon Toasterhead's new release will help enhance whatever emotion you're feeling at the time, and will stick with you long after the tape pops out of the deck. 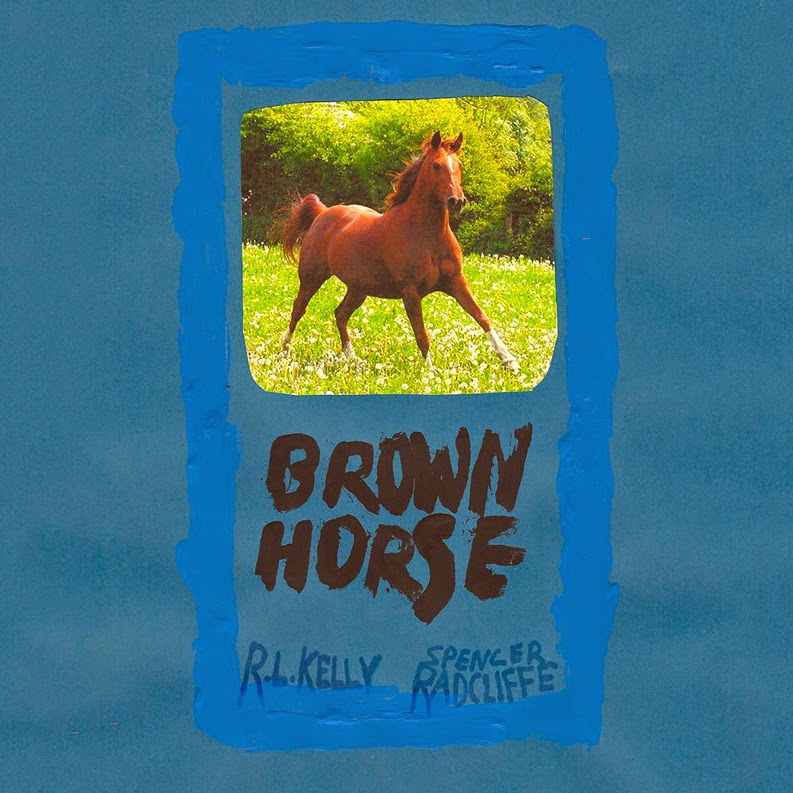 There's a cozy innocence that flows throughout Brown Horse, the split LP featuring lo-fi singer-songwriters Spencer Radcliffe and RL Kelly, enveloping the listener like a heavy blanket. It's the sort of innocence that's saddening, the kind you encounter when you read the books or watch the television shows you enjoyed in kindergarten, making you feel guilty and a little depressed for ever having allowed yourself to grow up. The raw, twee purity delivered on either side of the tape hit hard on an emotional level, perhaps without even trying to.

Radcliffe's side opens with "Green Things". The track starts off minimally, droning keyboard accompanying fingerpicked acoustic guitar, but these two elements, rather somber in nature, slowly build up to a striking crescendo, pluckings giving way to percussive strums and keyboard replaced by a medieval-sounding flute, which carries the song's melody. Moments like these are many on Radcliffe's half of the album, quiet and restrained escalations that give way to Dionysian appeals to emotion, often in the form of unbridled joy Each song contains just one or maybe two verses and a single chorus, following a songwriting structure often employed by post-rock bands. The mumbly, awkward vibe that opens "Tattoo" gradually glues itself together into an infectious chorus, cheery synths complimenting the staidly delivered mantra of "Saw your dad's yellow cupholder / when we're 25 years older / meet me in the parking lot / we'll hand it off", which is phrased like a jumprope rhyme. My favorite cut off the side is its keyboard-driven outlier, "My Song", a spoken-word tune that borders on twee hip-hop.

RL Kelly's half of the tape is more accessible, applying a more traditional structure to her craft, but losing no ground when it comes to beauty. Each track is composed of carefully layered acoustic guitar against often folky vocal harmonies. The twangy guitar parts that drive "Again" remind me of the sort of nuanced indie-rock being released by Up Records in the early 90s. "Wake Up" is my choice for the most satisfying song of the side, a minimal and tender tune in the form of words of encouragement to a younger kid who's been bullied by his classmates. Both Radcliffe and Kelly deliver their own take on lo-fi twee on Brown Horse, an effort that's reminiscent of both Belle and Sebastian and Built to Spill. If you dig warm, nostalgic vibes and fuzzy guitar-pop, this tape is your dream come true.