Review: Aaron Read - "Even Rats Can Feel the Sun" 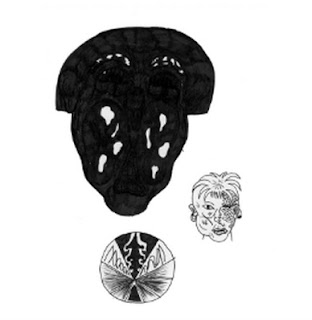 Aaron Read - Even Rats Can Feel the Sun
(Green Burrito Records 2013)
"Whether Even Rats... is sheer genius or just another cassette's worth of lo-fi eccentricity, I'm not sure."
Read On
Author: Unknown

Email ThisBlogThis!Share to TwitterShare to FacebookShare to Pinterest
Labels: Aaron Read, Even Rats Can Feel the Sun, Green Burrito, Tape 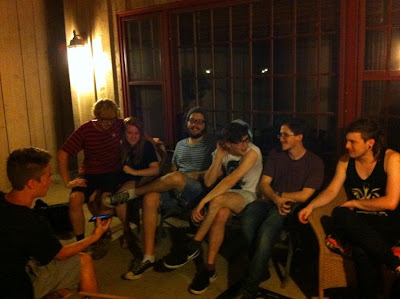 My friend Ben Wiley had the opportunity to talk to one of the year's finest new indie pop bands, Julia Brown, on their recent tour. Read the interview below, which concludes with a surprise appearance by Coma Cinema's Mat Cothran.

INTERVIEWER: What tour date is this and how long have you been out?
Sam: This about two weeks now.
John: This is the fourth night of the tour. It’s not officially the first day out on tour because we played Baltimore the first night of the tour. Then we went back
Sam: A home show first, yeah.

INTERVIEWER: Where do you guys play in Baltimore?
Sam: We played at Club K. Which was ok. It’s the best thing there since Bell Foundry shut down.

INTERVIEWER: What’s been your favorite part of the tour?
John: Tonight probably.
Sam: Tonight and last night probably. Tonight was maybe the most fun to play because we got to be goofier. Shea, where we played Brooklyn last night, it’s like a venue and a studio and they record everything they do and archive it so we couldn’t mess around. It sounds phenomenal.
John: We don’t really do sound checks and have our stuffed mic’ed because of the places we play it doesn’t make sense.
Alec: We played on a stage.
John: We actually played on a stage, which was cool.
Alec: It was definitely a less professional show tonight.
John: I think the three Brooklyn shows and the show here tonight are my favorite shows we’ve played as a band.

INTERVIEWER: John, what were you doing before Julia Brown?
Sam: I can tell you all about that.
John: Before Julia Brown I played bass in a bunch of bands including the Night Crawlers. I actually just started playing drums for this band because they needed a drummer. I was in school.

INTERVIEWER: How do you think your sound has translated live?
Sam: When we were recording ‘to be close to you’ there were only really two or three songs we did all together. We started recording it before the band was formed, before we knew who was in it. I was recording songs. There were a couple songs we were like “we need a drummer for these” and that’s when John joined but then you were in Mexico. Yeah, You got really lit in Mexico for a while and I specifically remember you talking about sea lions for a while.
John: Every night in Mexico, that’s when I bought my first pair of drumsticks, I was vacationing with my family in Mexico for a week. I looked up how to say drumsticks in Spanish and went to a music store and sat there and played drums on a couch and got hella lit and talked to Sam all night. Yeah, it was pretty cool.
Sam: ‘Library’ and ‘falling in love’ are the opening two tracks, the only tracks we did as a full band on that so were thinking naturally that was going to be how it was going to go live. So when we were working on ‘to be close to you’ and ‘I will do this for the rest of my life’, they have drums, we were trying to not just replicate but to do a more unique version of them. The new one we’ve been playing is probably going to be very similar to how it is. It depends on the song but we can’t have a lot of super-no-drums-downtempo  stuff and really get away with it.

INTERVIEWER: What’s it like playing with Mat Cothran all the time?
Alec: It’s a lot of fun
John: Uhh its fucking awesome. I love seeing Mat every night.
Sam: He’s a character. He’s another that writes very downtempo. I like when he does Her Vore….and there he is now.
Mat: You guys talking about me?
John: Do you want to be part of our interview?

Sam: I got a question for mat. So who is Mickey and who is lee and who is Eva Angelina?
Mat: Oh no.
Sam: Who is Blue Suicide?
Caroline: How do you play an F chord?
Mat: I’m like the guru of the mountain but only idiots climb up.
John: Is Blue Suicide dead? Did the dog kill himself and is that why he’s sad?
Mat: Someone asked that one once. 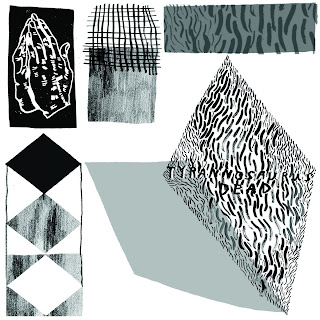 Review: A Grave With No Name - "Whirlpool" 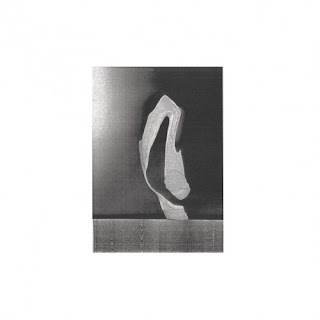 Email ThisBlogThis!Share to TwitterShare to FacebookShare to Pinterest
Labels: a grave with no name, Lefse, review, Whirlpool 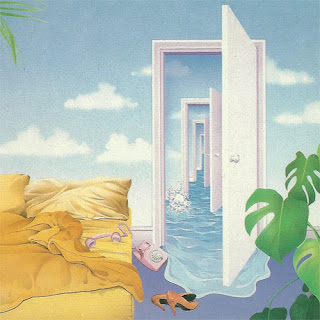 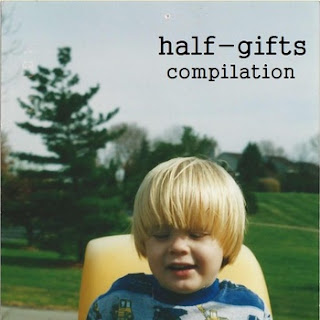 The first ever Half-Gifts compilation album is now available digitally and on cassette tape. Head on over to the brand new Bandcamp page, where you can stream, download and purchase a physical copy of the 32-track release. A big thanks to everyone who submitted a track; the compilation sounds fantastic. 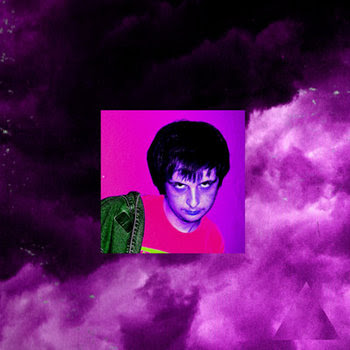 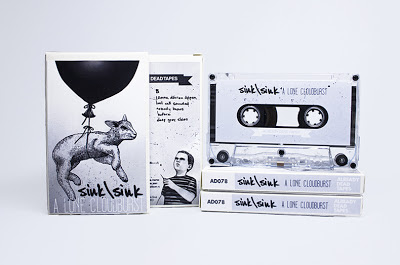 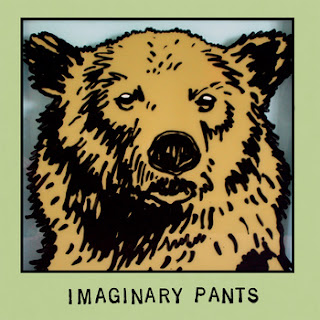 Review: Ratburn - "The Dangers of Running in Small Circles" 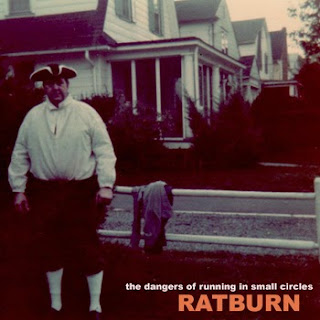 Ratburn - The Dangers of Running in Small Circles
(Self-Released 2013)
"The scattered experimentations of previous recordings compressed  into an extremely quirky album"
Read On
Author: Unknown