The golden arches; the yellow shell; the eggplant bell are perched on their crows nests, stars of Bethlehem that phase in and out of the nightly landscape. They coyly blink from above the sprawl, their faint fluorescence either a dead giveaway or an invitation - we are open. Fruit pies in their sturdy sleeves and hardshell tacos are best enjoyed off the surface of a dashboard, the vibrations of traffic seeping through the windshield.

Good Carl's neatly-wrapped debut EP is also primed for such a setting. Clocking in at approximately 9 minutes, it can be consumed in the time it takes to circumnavigate the drive thru and make quick work of your provisions in the parking lot. Catharsis is served warm, chorus twinkle and reverb dripping from the duo's guitar leads - one part Mineral, one part Libertines - tied together with cymbal splashes and twin skramz vocals.

Like a more stripped-down offshoot of Algernon Cadwallader, good carl's brand of emo is a nervous frenzy - an inner comfort pawing at its cold-sweating confines.
Author: Unknown

Burned into the flip of a film strip, Meredith's Kiss snaps queasy shots of suburban tranquility. While neighborhood ranch homes were once vinyl-sided with their vibrant Easter egg blues and creams in the breezy chillwave soundscapes of Ducktails and Real Estate, Neither Special Nor Different can only enjoy their their bourgeois bliss from the other end of a negative image. Jazz-pop noodling wafts from its manicured lawns speckled blue like breath mint discs in their pop-top canister, soupy swells of reverb pooling in the arch support of new sneakers as one cuts through a backyard.

Intro track "Harris" tears a perforated page from the notebook of Alex G, pitching up its vocals to unintelligible levels. Frayed threads of melody bounce their way across the trampoline surface of Meredith's hoarse chord progression - minus chipmunked cries, it's a thick divot of noise pop worthy of mid 90s college radio rotation.

Interestingly enough, Neither Special's most effective transmissions are its instrumental cuts: save for a few wordless murmurs, "Irene's Song" communicates via the coo of guitar twang and a couple of static-y synth leads. "Not Special" shuffles along, soured by blunt dissonance - kraut on your hot dog.

As solid as any riff on 70s soft pop I've heard in a hot minute, Meredith's Kiss paints in an odd tint of familiarity. Like green ketchup, Neither Special Nor Different is a tried and true taste with a bold new look: one's taste buds might need a few attempts to catch up.
Author: Unknown

Email ThisBlogThis!Share to TwitterShare to FacebookShare to Pinterest
Labels: Meredith's Kiss, Neither Special Nor different, review

A plea for a fog machine, stillness, snow: the first glimpse we have of Kitchen's upcoming debut LP, Town, acts as a prayer of petition, a chord organ rite that invokes the decay of yellowed floral upholstery as much as it does the divine. This equally emo - yet refreshingly optimistic - re-incarnation of Rochester-based bedroom pop outfit The Loner(s) finds frontman Jame Dont dabbling in the ramshackle orchestration of Julia Brown and Jackie Trash. The nervous pace of acoustic downstrokes are propelled by the hum of twin strings; Dont comes up for gasps of air as keyboards bubble to surface, faint remnants of a drumkit's cannonball fizzing into the shallow end. Structurally and texturally, "November Prayer" resembles the solvent drone of Belle and Sebastian's "Marx + Engels": the skeletal outline of a twee-pop tune - the sort that might conclude a first grade pageant dedicated to the food groups - is plopped into a small ceramic mug. Kitchen and Co. carefully fill the vessel with their warm bath of cassette whirr and the song steeps, slowly devolving into scattered tufts of harmony and eventually into an ambient brew, accented with minty pulses of piano.


As stoked as I should be for the release of Slowdive's upcoming reunion record, gorging myself on Chicago-based quartet Swooning's deceptively filling sophomore EP, Gloom, has rendered me stuffed on dream-pop for the time being. Countless Bandcamp projects have offered their iterations of garage grown shoegaze over the past half-decade, yet Swooning's flashlight beacon peeks from this digital forest thanks to its jarring dynamics and flaky production - their distortion-polluted puddles of power chord runoff lie stagnant, pooling in the damp earth's indentations as surf rock riffage reminiscent of Beach Fossils falls from the overcast malaise.

Opener "Cold" invokes the intense fragility of Ride's "In A Different Place", its distant, clouded vocals and shimmering lead guitars narrowly dodging the blunt force of tattered percussion, blown-out drum fills and tempo-changes pitching county fair booth curveballs at the glassware dreamscape. In terms of replayability, "Awhile" is Gloom's strongest showing, making an olympic leap from an Alex G chord progression to the sort of serrated fuzz-punk sprint that Dinosaur Jr. might have included on their Bug LP.

On the math rock spectrum, YAM AMO are fractions forged in chalk dust, their wiry mandolin strands and bleats of melodica signifying segmented pizzas or lattice-topped pies cooling in the window. The Japanese post-rock quartet may bake erratic rhythms and clumsily braided folk melodies on their self-titled debut effort, but never outside the crusty confines of simplicity: partitioned with a wheel-shaped knife, the 11-track LP is attuned to the sweet-tooth, citric drips of jazz riffs oozing from the corners of each slice.

Their name translating to "The Mountains", YAM AMO's approach to instrumentation is suitably rustic. Though antsy percussion occasionally traverses the urbane choreography of late-90s Chicagoan acts like Joan of Arc and Tortoise, the fresh breaths of celebratory twang that accompany them stick to well-trodden dirt paths. Each tune on this album of instrumentals is its own striking revelation - a leap into raked leaves or a step onto the precipice - exploding with the same youthful cheer that once incited Cap'n Jazz or K Records' Shadowy Men on a Shadowy Planet. In the fast-food jingle trills of "ホームタウンホリデー" ("Hometown Holiday"), the contrail puffs of flute that knot "じゅげむ" ("Tighten"), and even in the anxious condensation of "台風のあと" ("After the Typhoon"), a triumphant peal of trumpet jutting from its blanket of guitar gloom a la American Football's "The Summer Ends".

As its artwork suggests, YAM AMO is as trustworthy as the Sunday comics folded on your front lawn, their primary colors facing the parting clouds of an overcast morning. It is a record to be spread out and consumed with a glazed donut and hot beverage, enveloped by the remnants of sleep.
Author: Unknown 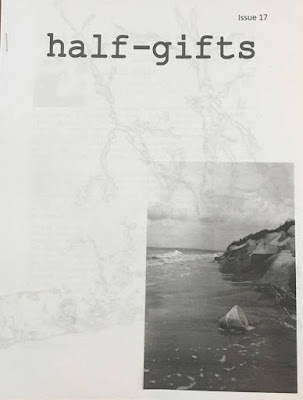 Ring in the new year with skin disease: the latest output manufactured by industrial-pop processing plant Rubella comes bundled in eczemic distortion, leaving a flaky trail of shed melodicism in its wake. In the crepuscular tradition of Bauhaus and Blank Dogs, the Ohioan sextet squeezes squirrelly post-punk arrangements into congested spaces. Each throaty synth squelch and barked verse you'll encounter in The Pit feels like a disembodied breath that clings to your neck hair - Rubella's brand of B-movie horror is more implied than concrete, like a pair of ping-pong ball eyes peeking through the darkness of a poorly-lit room.

Decelerating the unbridled violence of Melt-Banana's coppery blast-beats, Rubella's largely electronic brand of no-wave recalls the garbled cry of a dial-up internet connection brushing digital sleep from its eyes. Cuts like "Wasted Gifts" and the treacherous, piano-driven "Bad Parts" sneak needle-like bursts of high-frequency static into their lawless soundscapes as a unifying twinge of discomfort. No particular element of The Pit is particularly unnerving, but taken as a whole, Rubella's record is overwhelming in its concentrated chaos. Strangely enough, it's the more atonal tracks - "Tunnel Drive" and "Wild Grasses" that I've come back most often, harmonically arid yet alluring in their percussive assault.

The Pit isn't exactly an inviting listen, but those who feel most at home with a Sacred Bones record spinning on the phonograph or a Spotify playlist's worth of Wolf Eyes leaking through earbud speakers should snuggle into its blanket of sour sound quite cozily.
Author: Unknown