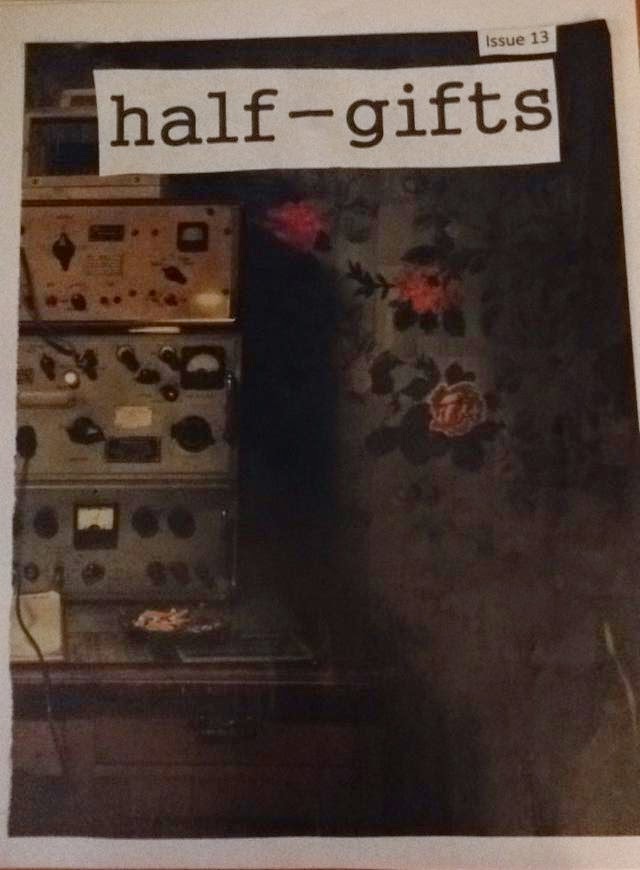 Maybe I'm a little too young to feel nostalgic, but there's something about Foliage's debut LP that sends me back to the first half of 2012, around the time I first started this blog. Age 14 was what I consider to be a pivotal point in my life, one marked by change and anticipation. I attended a small Catholic school populated by about two-hundred students, few of whom lived anywhere near me. Though at the time, like most kids, I was beginning to discern what sort of person I was and what sort of interests I wanted to pursue, I felt more limited than ever. The world of shoegaze and art had been opened up to me via the internet, yet I had no means of getting physically within range of it without a driver's license or connections. I spent much of my time waiting for things to happen - field trips, birthdays, school dances. Life is pretty boring as a 14 year old and you have to set up benchmarks, events to look towards to get you through the week. Not surprisingly, I associate many of the bands I listened to at that age (Wild Nothing, Craft Spells, Airiel) with a feeling of anticipation. While being ferried to school or a friend's house in our grey minivan, while waiting to be picked up, while squandering free time over the weekend, chillwave-y bedroom pop was playing in the background.

Hearing Truths for the first time was like finding a box of old toys in the attic or scanning a yearbook. Wrapping my conscious in a cloak of reverb, the album revived old emotions, some pleasant, some of them cringe-inducing. Foliage's M Joseph Walker has the uncanny ability draw pathos from his listener, creating an atmosphere that is both airy and impactful. He'll loop droney guitar riffs for just long enough to let you to snuggle up in their warmth, and then suddenly you'll be hit by a chill inducing chord change or twinkly, chorus-laden melody. The precision of his craft is staggering. Walker's vocal delivery reminds me of Justin Vallesteros' echoey croon as Craft Spells' frontman. They add yet another layer of woozy ambience to an already dreamy album, one made to drift off to in the passenger seat, gazing out the window.

Seventeen Years has become a fixture of sorts on this blog, appearing in compilations, end-of-the-year lists and even on a special Half-Gifts tape release in early 2014. Over the course of the past 16 months, the incredibly prolific dream pop outfit has amassed three albums' worth of shoegazey post-punk. What once was the solo project of Kansas City's Tony Freijat has blossomed into a trio; the result is an even more polished and hard-hitting version of the immersive nu-gaze "brand" that the Missouri-based songwriter has established so deftly. Yas, the first full-band demo recording that the project has to offer, feels like a theatrical preview of things to come. It's brief, incisive, and features the signature elements of Freijat's previous work that I've come to love. There's the krautrock-y bassline, the brilliantly shimmery lead guitar, the nearly wordless vocals, the linear strong structure that culminates in a crescendo. The fingerprints he leaves all over his work are as undeniable as Kubrick's "one point perspective", Wes Anderson's pastel color pallet, a Hitchcock cameo appearance. If anything, this demo is an improvement on what Seventeen Years has been already been doing perfectly and quietly since the project's inception.
Author: Unknown


Instrumentally comprised of little more than acoustic guitar and the occasional garnish of melodica, Wearing Leather, Wearing Fur makes the absolute most out of its bare-bones construction. The track a 15 minute-long, ever evolving piece of outsider folk that deals with identity and fitting in – themes that neither of the songwriters is a stranger to - trading verses and instrumental solos seamlessly. Wauters of The Beets takes the role of guitarist, laying down the wonky arpeggiation that is instantly recognizable as his own, unobtrusive yet charmingly twangy. Carmelle Safdie of the Beachniks adds some variety to the mix with her melodica and harmonica. Carmelle kicks things off on the vocal end with a catchy, almost chant-like tune about taking pride in one's self, a punker version of a song you might here on Sesame Street or Fraggle Rock. It's the most accessible portion of the record and the perfect way to ease into into the goofball atmosphere that the duo seem to effortlessly conjure. Juan’s subsection towards the center of the piece, I’ll call it “She Might Get Shot”, is my favorite moment of the record, featuring some great vocal harmonies and a killer melodica solo.
Author: Unknown

I have always had a fascination with catalogues of demos and collections of B-sides. There's a sort of voyeuristic thrill that comes with breaking into one of Guided By Voices' "Suitcases" of scrapped demos or eavesdropping on Brian Wilson as he coaches his team of session musicians and sound engineers between takes in the recently issued Smile box set. This brief soundcloud single posted by mysterious producer Chocofriendz provides me with a similar feeling of intrusion. I, the listener, am handed not one, but two variations on a tune titled "Golf". The first of these is an instrumental version of the song, a bit faster and more upbeat than its successor. Two arpeggios played on a charmingly lo-fi keyboard trade places with one another, slowly drawing in more instrumentation, as if the two chords that make up the core of the song were magnetic. Small high pitched trills perch atop the crest of each of each undulating keyboard pulse while bassy piano notes fill out the lower end of the recording. The song is repetitive in an entrancing way, a sort of combination between Penguin Cafe Orchestra and the Norune Village Theme in Dark Cloud. It is cozy and whimsical: if Wes Anderson dabbled in anime then this could easily soundtrack the result.

The second version of the song is a bit slower and darker in mood. Choco whispers pitch shifted poetry about "green grass" and "abandoned golf carts" above the keyboard drones, creating an haunting atmosphere that's creepy in a surprisingly comfortable way. As the song fades into a Sailor Moon sample, I feel as if I'm transitioning from awakeness into a dream.
Author: Unknown