Adorned with a silicone sonic pallet and Clip Art-core visuals that eerily resemble the cover art of Dean Blunt's The Redeemer, Khotin's Baikal Acid is a hypnotically amorphous slab of greyscale house that will keep your noggin bopping at 120 BPM while hammering out your last research paper paragraph to the light of a desklamp. Buffing out any of the lo-fi abrasion that marked his ultra-dreamy back catalogue, the Canadian producer pipes airy synths into artificially-lit, sterile soundscapes; his new effort feels as pure as bottled water, a McDouble fresh off the assembly line or warm paper ejected from the copy machine - it's as if he takes an evening's post-thunderstorm chill and converts it into processed, digitized sound. Post-consumer transubstantiation.

A-Side "Recycle" (followed by an ambient "Drift Mix" of the same cut) is the record's strongest showing, orbiting subtle puffs of spacey sound-debris about its axis - a creamy, catchy melody and a tumultuous bassline that dribbles over hats and flurries of claps. The title track pairs a more sinister, yet minimal, arrangement with a rhythm section that wraps the listener in 16th-note chain mail. Though it's tough not to groove to Baikal Acid, it's a record that seems primed for doing so in solitude - the synth arrangements that accompany Khotin's recent work are as calculated and somber as Gregorian chants. But it's that very ascetic aesthetic that makes them so charming and irresistible.

Review: Wild Nothing - "Life of Pause" 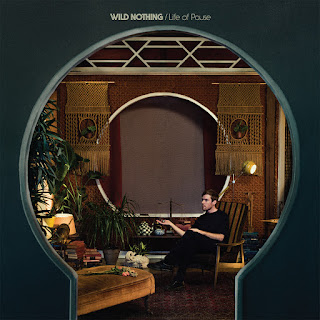 Having undergone more identity crises than an angsty high-school sophomore over the course of his sonically diverse 6-year discography, Jack Tatum finds his once scrappily charming solo project in a state of cozy repose. Though as tinged with shimmering chorus and as bathed in reverb as ever, his appropriately-titled new record, Life of Pause, resembles the descent into a long-deserved nap, shedding the colorful bombast of 2014's Empty Estate and jittery jangle-pop tension of Gemini for a pair of 70's soft-rock pajamas. Tatum's tunecraft is lower in tempo, but noticeably at its most confident, draping towering mid-tempo scaffoldings in gaudy glam-pop orchestration and a sense of twangy warmth that recalls Fleetwood Mac. Even without the strength of hooks as instantly catchy as those found on "Summer Holiday" and "Golden Haze" before it, Life of Pause dazzles with lush instrumentation, more complex song structure and a veteran's keen patience.

Picking up where the Talking Heads-inspired flamboyance of Empty Estate left off,  Life of Pause is teeming with new ideas and timbres. Right off the bat, Tatum opens intro cut "Reichpop" with a thin fog of guitar feedback, penetrated only by a rainfall of marimba that could be taken as an homage to Toto's "Africa". Cuts like the piano-laden "Woman's Wisdom" even hearken back to Todd Rundgren's early 70's output, its funk bassline and meandering synths leading up to a Bee Gees chorus. "Japanese Alice", with its nimbly strummed, trebly chords and motorik rhythms most resembles Tatum's earliest work, but still manages to stay fresh on the strength of tight production and a breezy refrain that introduces the album's most predominant lyrical theme - "wax museum / uncanny valley", he whispers above glistening arrangements. Tatum, like many artists I've been taking a look at lately, is exploring the boundaries between reality and our digital semblances of it: "TV Queen" is a love song written to a figure behind the screen while "Alien" seems to deal with the distortion of personality/appearance that social media allows us. It's the aforementioned "TV Queen" that serves as the Life Of Pause's creative peak, lacing sultry strings and eerily echoing guitar riffs above the sort of grrovy basslines that are extremely prevalent throughout the record. It's punchy, melancholy and strangely entrancing. While it likely won't gain as many new fans as the sleek, accessible Nocturne before it, Life Of Pause is sure to be a treat for diehard Wild Nothing fans who have come to love Tatum's terse lyricism and crisp arrangements.
Author: Unknown 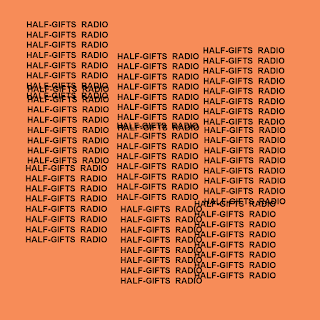 Join me every Friday at 3PM EST for an hour's worth of Half Gifts Radio. Each week I'll be spinning lo-fi, post-punk and shoegaze tunes while briefly discussing new album releases with my co-host Kyle Root. Episode 1 airs February 19th - don't miss out! FRIDAY // 3-4PM EST // norsecoderadio.com

Scaling the lofty construction of recent post-internet epics like Arca's Mutant and Bjork's Vulnicura down to a more intimate, livable scale, Flanch's self-titled debut is a terse tape inhabited by brittle, misshapen synths, a Lynchan atmosphere and an unshakable pop sensibility that glows like a neon pink lava lamp in the furthest corner of its grim, digital hellscape. Though a starkly artificial record teeming with frighteningly foreign laptop-generated textures, Flanch feels oddly organic, like a Folkways compilation of field recordings brought back from an alternate reality - of campfire songs, hymns and the occasional 16 bars worth of CLIPPING-esque hip-hop penned by virtual reality pioneers. And perhaps that feeling doesn't stray too far from the truth: the record's lengthy list of credits suggests it's the product of a web-based collective rather than a single individual. This multitude of voices and instruments give Flanch the sonic properties of the Catholic liturgy - the lachrymose string arrangements of "Hal0" and the tinny piano tones that flood "Ble$$ings" could easily draw comparisons to the music of the Mass. There's even the semblance of a southern gospel service in the delicate call-and-response of "Pretty Girl". Blending the steeliness of synths and 808 drum patterns into the warm intimacy of worship music, Flanch is the chaotic soundtrack to a post-human communion of souls.

In that same vein, the project is a quiet, calculated antithesis to the frenetic discographies of artists like SOPHIE and A.G. Cook - though they too revel in digital abstraction, there's a sense of Bacchic ecstacy, a hyper-pop shimmer, that's completely missing from Flanch, and that's what makes it such a fascinating record. Though opening cut "Graace" borrows tropes and timbres from mainstream trap, its minimal construction and eerie sense of dissonance negates the genre's inherent sense of danceability and surfacey fun, replacing it with a stoic sense of beauty that resembles a cross between 80s goth supergroup This Mortal Coil and Kanye West's post-2010 material. Though forward-thinking and futuristic, Flanch is by no means afraid to look to the past and present for inspiration; the fruit of their efforts is an exciting of what's to sprout from the seeds of Death Grips and Oneohtrix Point Never.
Author: Unknown

Sneakily concealing a surprising amount of depth beneath its ramshackle crust, Rende's is the sort of Bandcamp release that takes full advantage of its lo-fi, underground autonomy. The debut full-length effort of Louisiana quartet Phargo takes listeners for a county fair thrill ride's worth of whiplash-inducing twists into new ideas and genres - its first ten minutes contain a jazzy lattice of midwestern emo guitaristry ("The Opening Scene In Tokyo-3"), a riff-riddled slacker-rock anthem that recalls Yuck's melodic sludginess ("Cool Guy Has A Chill Day"), a funereal garage ballad that slowly builds up to a cinematic post-rock crescendo ("Who's Line Is It Anyway?") and an undulating waterbed of gloomy guitar noodlings ("Untitled"). No matter what texture or emotion you're in the mood for, Rende's diverse menu of flavors is sure to offer its own twist on your order, swaddled in a batter of noise, reverb and unabashedly pop-punk vibes - it musters the dynamic range and theatrical bombast of Mogwai's Mr. Beast and condenses it into a manageable 33 minutes of memorable hooks and teen angst. Despite this terseness, Rende's offers quite a bit of replay value in the form of outliers like the incredibly dense "Thanks, Kojima!", pummeled with flange pedal psychedelia, and the Velvet Underground-esque minimalism of "Josh Zirkle's Dosh Circle". As hip as its laundry list of sonic influences and as lovably geeky as the video games and goofy YouTube videos it references, Phargo's debut is a timeless emo record for all seasons, for all ages, for all feelings.
Author: Unknown 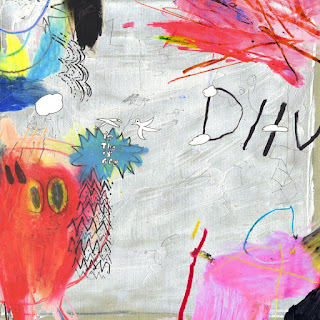 Is the Is Are, pressed nearly four years following DIIV's critically-acclaimed debut, Oshin, more closely resembles a retrospective compilation than a sophomore effort - a proud demonstration of the myriad textures and hooks frontman Cole Smith and Co.are able to assemble with impressive frugality - over the course of 17 tracks, the Brooklyn quintet vividly illustrates a half-decade's worth of frustration (arrests, addictions, severe cases of writer's block) and 30 years' worth of post-punk innovation with a few choice brushstrokes. Is The Is Are is a beautifully monochromatic record, a grey Rothko canvas lavished with rough, charcoal distortion, impasto layers of gooey reverb and a shimmery coat of chorus-pedal lacquer.

The brighter side of the grey spectrum is occupied by Oshin throwbacks like twangy opener "Out Of Mind" or the blisteringly pretty "Loose Ends", its summery lead riff a trickle of butter through gloomy lumps of mashed potato clouds. Though fans will likely find such tracks quite structurally similar to their 2012 predecessors (staccato melodies layered carefully atop wefts of wiry guitar), Smith's vocals are more confident and expressive than ever, the rhythm sections noticeably more propulsive and arresting. Is the Is Are's darkest moments are just as compelling - "Dust" slowly pulls listeners into a void - a downward spiral - of funereal bass and keening peals of lead guitar while Smith hacks spoken words into the microphone like pneumonic mucus. The song is pale, sickly and surprisingly catchy, a last-ditch burst of life-force leading into closing cut "Waste of Breath", a formless, aqueous shoegaze tune in the vein of Slowdive that lies somewhere between a buildup of nervous tension and the closure of release. It never commits to either side, concluding on a curiously ambiguous note.

It's this grey area of greyness where DIIV seems most at home, most satisfying - the counterbalance of somber arpeggios and cozy trills played high on the neck of guitar on "Healthy Moon", the title track's bassy rumblings, Sky Ferreira's Kim Gordon-esque incantations atop "Blue Boredom" - Is the Is Are is full of murky confusion, a the fog that conceals hidden nuggets of beauty and catharsis. Highly recommended and a major improvement over the already-solid Oshin.
Author: Unknown

Email ThisBlogThis!Share to TwitterShare to FacebookShare to Pinterest
Labels: DIIV, Is the is are, review
Newer Posts Older Posts Home
Subscribe to: Posts (Atom)