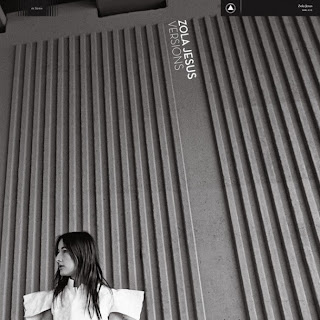 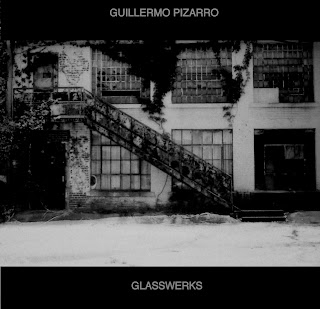 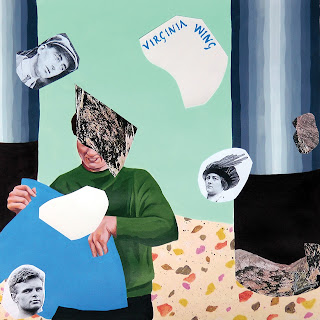 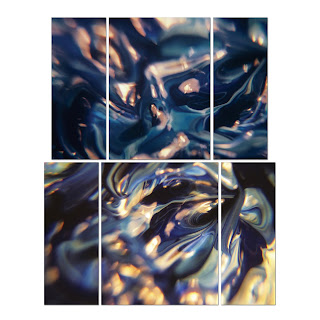 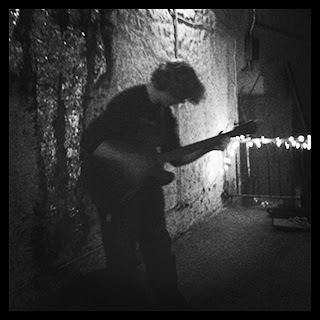 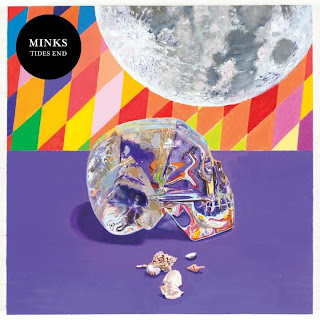 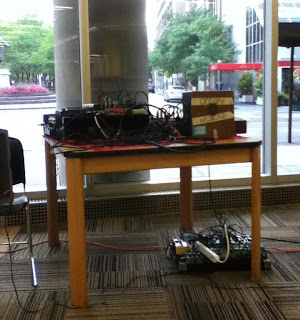 It's not the first place you'd expect to catch premiere experimental artists live but, surprisingly, when it comes to the stranger side of music, there's no better place in the area to get your fix than the Cincinnati Public Library. Each Wednesday at seven, between the Fiction and CD shelves, one can take in one or usually more drone, ambient or noise music sets for free. Yesterday happened to be my first experience with the Experimental Music at The Library program, and it certainly won't be my last.

I saw a post on Facebook about Lost Trail and Proud Father appearing at the library and, remembering that they'd soon be putting out a split tape on the Swan City Sounds label, decided to get an early glimpse of what might be contained in that plastic shell. When I arrived, Proud Father (aka Sebastian Figueroa) was setting up an array of effects pedals, tape machines and other musical gadgets serving a purpose that I can only guess at. While I waited for the show to begin, I was able to ask Zachary Corsa (Lost Trail) some questions about their current tour and their upcoming cassette. You'll be able to read that interview at the end of this review. I also got the chance to speak with Steve Kemple, who formed and currently organizes the library's Experimental Music program, and found out that Duane Pitre, whom I interviewed a couple of months ago, would be performing on the 14th. I'll be sure to try to make it to that show, as Pitre is one of my current favorite minimalist composers.

New Orleans' Proud Father was the first act to perform, a guitar-based drone project. His set was complemented by a short film projected behind him featuring mainly WWII-era footage. Looking through the glass wall the show took place in front of, I felt that the people and cars acted as another, auxiliary element of movement bordering the projector screen. Can one unknowingly become a performance artist? Many elements of movement were also evident in Proud Father's music. At times, there was a sense of chaos conveyed, as organic, watery field recordings were smashed and distorted beneath a downpour of noise. Just as quickly as the noise flooded the speakers with a calming harshness, it had the tendency to dissipate, giving way to light, highly delayed guitar notes. Figueroa even sang in what I believe was a foreign language during one of these bridges of sparsity, which was probably the set's most memorable moment. Proud Father vaguely recalls Godspeed You! Black Emperor and I could imagine it being accessible even to those who aren't noise fans. 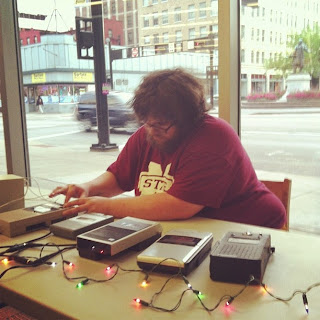 I was already a little familiar with Lost Trail's work through the tapes he's put out on Sunup Recordings, but I hadn't heard a him play a live set yet so I was rather excited to see how his sound translates to the stage. Unlike Proud Father, Lost Trail kept his table relatively clear, limiting himself to a few tape recorders and an amplifier. His set was centered around a lo-fi sampling of rather minimalist piano. While that recording played unaltered for much of the set, Lost Trail used the other decks to set the music in whirring motion sending sparks of harsh, crackling noise through his amplifier. At times, you could get a glimpse of the original samples; I remember a Daniel Johnston-esque chord organ recurring more than a few times. He was even able to scratch tapes like a DJ would records, creating some scattered moments of percussion. Lost Trail demonstrates the effects of introducing slight dissonance to fragile beauty, and it's fascinating to experience. 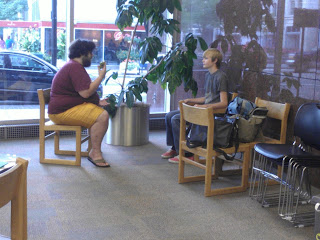 Me: You're a few weeks into the tour, right?

Lost Trail (Zachary): We're about halfway through, it's been about three weeks.

Me: Which of the shows you've played so far was your favorite, and how's the tour generally been?

Lost Trail: Actually, it's been one of the better tours I think I've had, financially and interest wise. I think my favorite show probably was Buffalo. Really good people. I've never been to Buffalo, it's a nice town. Good turnout, really nice people there. Good food, good city.

Me: Where are you most excited to perform?

Lost Trail: Well, I was most excited to play Silent Bar in New York, that's done now, so probably Detroit, just because I've always had good shows in Detroit and it's good for photography since it's always falling apart. I always like going to Detroit for that. Detroit, yeah and I'm also excited to go back home and play some shows in NC too.

Me: So there's a new split in the works between Proud Father and Lost Trail. What should we expect from the tape?

Lost Trail: This stuff is a little different than the guitar drone stuff I usually do. The piece that's on the split is kind of what I'm playing on tour. It's just... it's described in the notes as four notes of an antique piano through 9 half-broken tape machines. So, that's pretty much what I've been doing on this tour is playing loops of this piano through falling apart tape machines. My half of the split is just 16 minutes of that. Sebastian's stuff is very experimental noise stuff, [laughs], and it's already out so check it out.

Me: One last one... Out of all the tapes you've put out so far, which do you think you're the most pleased with?

Lost Trail: Um, there was a tape that came out on Felt Cat, which was a label in Iowa. It's no longer around, unfortunately. It was called October Mountain. That seems to be the one people like the most, and it's a wide breadth of styles. A bit all over the place. But it's the one I enjoy most. I'm kind of working on a sequel to it, so stay tuned for that.

Listen to music by both bands below:
Author: Unknown 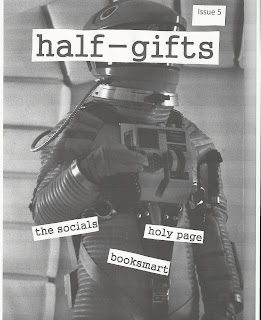 Issue 5 of the Half-Gifts zine is out now. This installment features interviews with Ben Wiley of bedroom pop unit Booksmart, Shawn Abnoxious of Cincinnati punk band The Socials, and Christian Filardo, founder of Holy Page Records. Also included are reviews of the new Bel Argosy tape and a split between Tripping the Light Fantastic and the Honeyheads. I received an unexpected amount of readership for the past couple of issues, and I've decided to put this one up for sale on Bandcamp. Half-Gifts is a non-profit zine, but postal rates are skyrocketing, and it's getting tough to pay for shipping costs. If you live in the area, I will soon be leaving free copies at Sugarcube Records in Covington, Everybody's Records in Cincinnati and the Erlanger Public Library. I'll let you know when that happens, which should be soon. I also put older issues on bandcamp in case you missed 'em. If you've got questions, hit me up with a message or comment. Thanks, and I hope you guys like this issue!