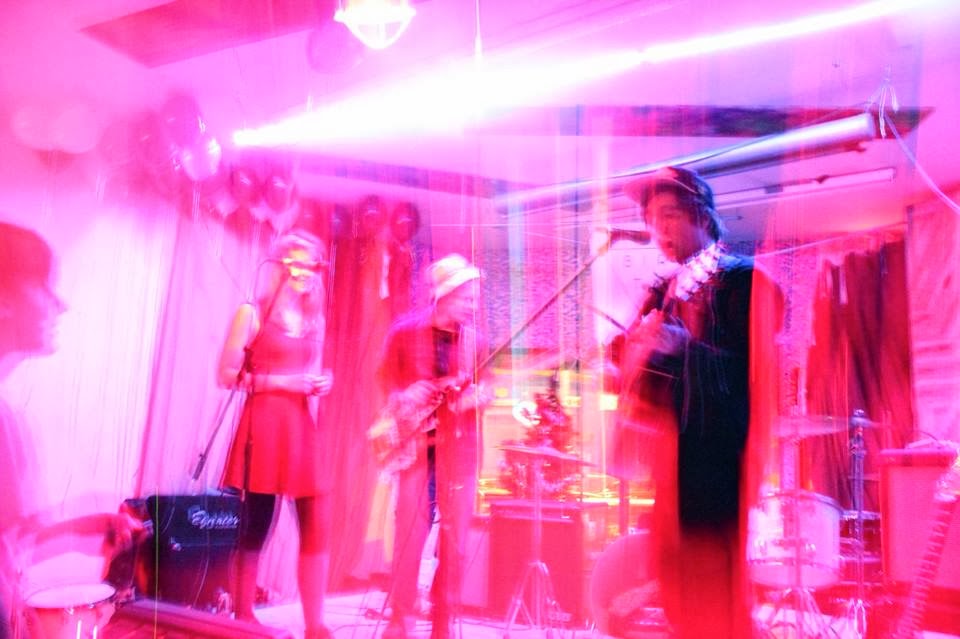 Having upgraded from trio to quintet with the addition of Abi Reimold (guitar/vocals) and Erin Patricia (synths/vocals), Philadelphia's Pill Friends look to improve upon their stellar sophomore Birdtapes offering, Blessed Suffering. Check out my interview with frontman Ryan Wilson as well as a brand-new track below!

Jude: I really dug that Modest Mouse cover you did for the Maggot House session. I take it you're a fan? Is Lonesome Crowded West your favorite LP of theirs?

ryan: everything isaac brock released up until 2005 is incredible and each of those releases holds different prominent forms for certain periods, ive worshiped them all throughout middle and high school. ive been listening to building something out of nothing lately and i love every song except for medication thats the only song previous to good news that sucks lk the ending is good but the first part is annoying as shit i hate it.

One song on the album you put out over the summer, Blessed Suffering, that really stood out to me was "Mall Goth". It's easy to overlook, but I think it's really powerful and minimal and also includes some of my favorite lyrics of the release. How do you feel about the track? What's the story behind the lyrics?

mall goth is one of my favorites it's pretty much about learning to kill an old self for another destructive self and the longing for death. Its mainly a song about wanting to kill yrself but having other personal obligations. Mall goth refers to the oxford valley mall which is a museum of the early 2000s, it's all just nothing really

Is there a particular song that you've done that stands out as your personal favorite?

wearing my dead dog's skin and murder me for my sins.

A ton of great Philadelphia bands have cropped up lately, Mumblr, Roof Doctor, you guys. What's going on up there?

nothing except for mumblr, Alex g, and cough cool.

What's the best band you've seen that hasn't released any recorded music yet?

cold foamers and eleby. both are from philly and have eps or demos out now, but both bands are killing it so far from what ive seen of them. Cold foamers just released their first full length and it's the shit

For your next full album, are you going to go as lo-fi as you went on Blessed Suffering?

the next album is going to be recorded and produced by scott stitzer (mumblr) who recorded blessed suffering and i cant say how the production quality will be determined because i honestly dont know. i mean i think it will be generally lofi but scott as a producer and pill friends have developed together from the beginning. he recorded our first demos when he had really just started to record other bands and in this last year scott has developed into a great producer and he continually just keeps getting better. we recorded some tracks at a studio here in philly on and off the past few months and everything fell into perspective for me, i dont want anyone else to record the next pill friends lp except scott.

there isnt one bad birdtapes release in my bullshit opinion but all the splits that just came out (starry cat/boy crush, porches./lvl up, and alex g/rl kelly) are all incredible. my favorite song off any of them would be townie blunt guts by porches. at the moment though. Also new olive drab is about tocome out and Reid is pretty and it sounds great.

Worst album you own?

hymns w/ johnny desmond, i found a bunch of dumb records and this one was the worst, i love traditional hymns but i dont why this record just sucked like i hate his voice and makes me not like the songs which is bullshit